Dear colleagues,
See EC’s press-release below. Very interesting initiative.
European Commission
Press release
Brussels, 15 October 2013 www.migrantsineurope.eu
'Migrants in Europe' competition: Italian, Belgian and Estonian schools awarded prizes
Yesterday, Commissioner Cecilia Malmström unveiled the winners of the EU-wide multimedia competition 'Migrants in Europe' launched to invite students from art, graphic and communication schools all over the EU to reflect on the contribution migrants make to European societies.
The competition challenged students to produce artwork that expressed their views on the issue, capturing the role migrants play in Europe. The schools were asked to present one or several pieces of work in one or several categories (Poster, Photography and Video) and 777 tertiary schools from all the 28 EU countries participated.
The winners are:
Best Poster: Better together, Andrea Raia, Fondazione Accademia di Comunicazione, Italy
Best Photo: Rue des Palmiers 80, Romy Cordivani, Institut des Hautes Etudes des Communications Sociales, Belgium
Best Video: My family's migrations, Nadja Haugas, Martin Siilak, Kuressaare Ametikool, Estonia
Public Choice Prize: My family's migrations, Nadja Haugas, Martin Siilak, Kuressaare Ametikool, Estonia
"I would like to congratulate all those who participated. I am glad that so many young talented professionals decided to participate in this competition. I share many of the visions and ideas put forward in their work. It shows that our attitude towards diversity and immigration should be based on facts and not misconceptions", said Cecilia Malmström, EU Commissioner for Home Affairs.
All the winners can be viewed at www.migrantsineurope.eu.

English translation of description:
One in three. This is the number of residents under 18 years in welcome centers. As any foreigner arriving in Belgium, they can apply for asylum. But all asylum seekers do not necessarily get the refugee status. During the investigation and file review conducted by the government, the welcome center provides the basic needs : shelter, clothing and food. The residents are also entitled to financial, medical and legal assistance. Romy Cordivani met Abdulmanam Shinwari, 16 years old. He arrived from Afghanistan on November 21st 2011. Wanting to escape the Taliban, frightened of having to fight with them, he was forced to flee his homeland. He applied for asylum in Belgium. Once the asylum procedure was launched, he stays in the transit center in Woluwe-Saint-Pierre. Despite the pain of having to leave his family behind, he hopes to obtain refugee status.
Author  Name:  Cordivani Romy; Country of residence: Belgium; Participation type: Individual
Team name or nickname: Romy Cordivani / IHECS  Type of artwork:  Photo
Out of the 1 500 artworks received, national juries made a selection per country, from which a European jury1 shortlisted 27 finalists and decided on three winners, one per category (Video, Poster and Photo).
The general public was also invited to see the artworks of the finalistsand to vote for their favourite, who won the public vote award.
The prize-giving ceremony with Commissioner Malmström took place in Brussels on 14 October in the Berlaymont Commission building (Presidents' Gallery), where the work of all finalists will be exhibited until 31 October.
The schools whose students won first prizes in the three categories and the first prize in the public vote received an award of €10,000 each, to be used for educational purposes.
With the goal of stimulating a constructive debate, on the same day the Commission also organised a conference on the image of migrants in the media gathering journalists, representatives of civil society, academics and policy makers.
Background
Some key figures (see also infographics on asylum and immigration):
·                  According to Eurostat data, on 1 January 2012, the EU's total population was 503.7 million, an increase of 1.3 million from 2011.
·                  The EU population of working-age (15-64 years) amounted to 335.4 million in 2012 and is projected to drop over the next 50 years to 290.6 million in 2060.
·                  The old-age dependency ratio reached 26.8% in 2012 and it is projected to increase sharply up to 52.6% by 2060.
·                  The 20.7 million third-country nationals living in the EU amounted to some 4.1% of the total EU population.
·                  The total number of asylum applications in 2012 increased by 9.7 % compared to 2011 amounting to just over 330 000 (well below the peak of 425 000 in 2001). 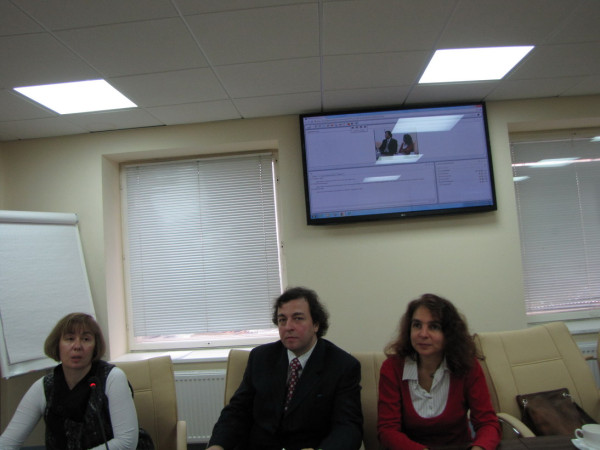 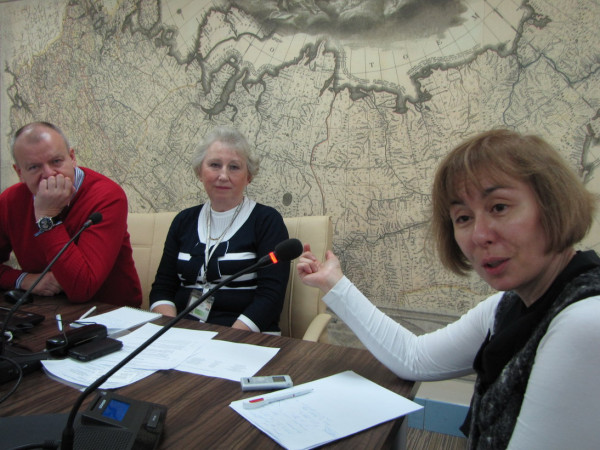